Esther (Estes) Leving, a brilliant young bibliophile, chafes at male dominance, religious dogma, and antisemitism. Bernard Garfinkle, a religious Jew and the son of a vodka distiller, hides a shameful secret: in a culture that worships books, he can't read. Despite their differences, they fall in love. Estes teaches Bernard to read, and he, in turn, builds her a bookshop. They start a family, but when ferocious pogroms target Russian Jews, they must confront violent oppression.

Exploring this turbulent history, Horodno Burning brings the reader into a culture under terrible stress. How Estes and Bernard respond will determine not only who they become but whether they survive. 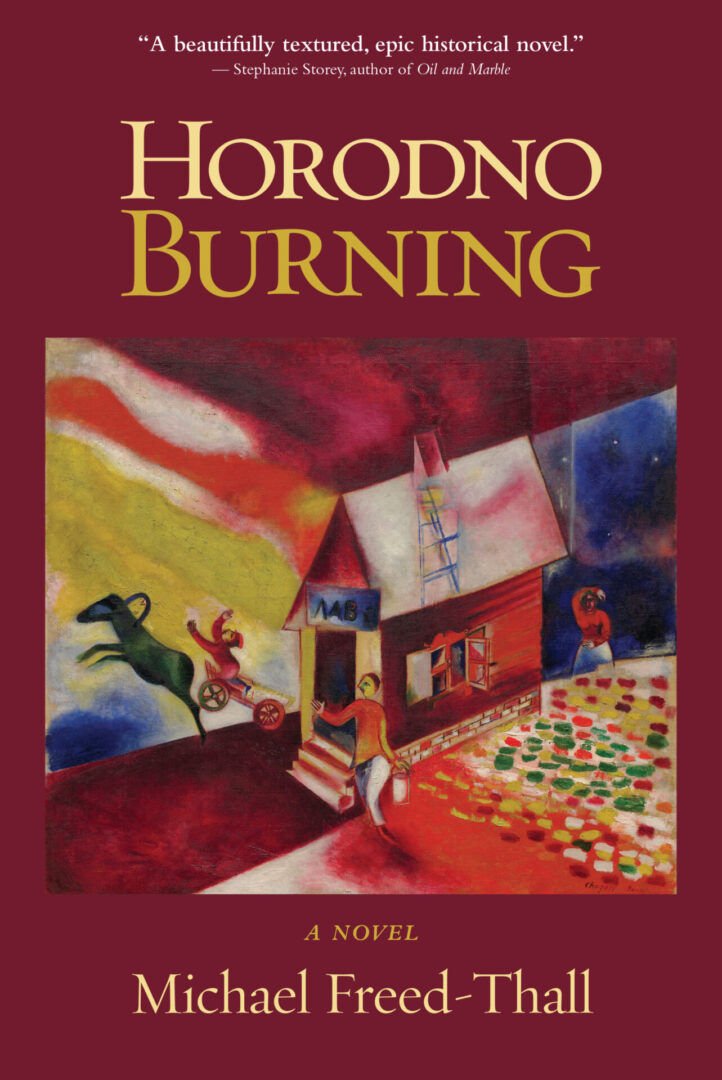 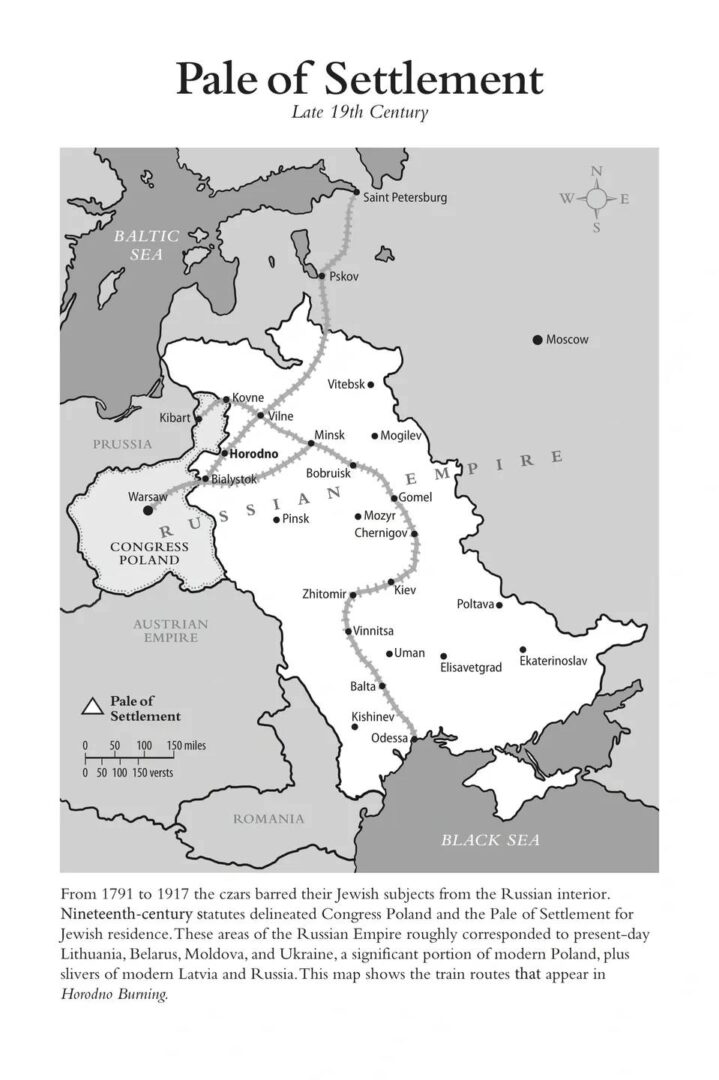 Map by Tim Newcomb based upon Hundert, The YIVO Encyclopedia of Jews in Eastern Europe (2008) © Yale University Press.

Horodno Burning is a work of historical fiction. To create a vivid backdrop to the story, I threw myself into researching relevant nineteenth-century topics such as the political boundaries, land features, climate, and history of the region. I also immersed myself in nineteenth-century novels, poetry, and the lives of authors and other historical figures who influence my fictional protagonists. Numerous personalities from the time appear in both significant and cameo roles.

Eliza Orzeszkowa, the first woman nominated for the Nobel Prize in literature, mentors Estes. Gesia Gelfman, who will later conspire with five others to assassinate Czar Alexander 11, is Estes's midwife. William Steinitz, a world chess champion, plays against Bernard and forty-nine other contestants in a simultaneous exhibition.

Finally, I investigated the Yiddish language and first-hand accounts of Jewish practices—how the rabbis saw secular learning as a deadly challenge to centuries of tradition.

In Horodno Burning, Estes, my iconoclastic heroine, also challenges religious dogma and limited opportunities for women. Through her, we experience the power of a transcendent literary imagination.